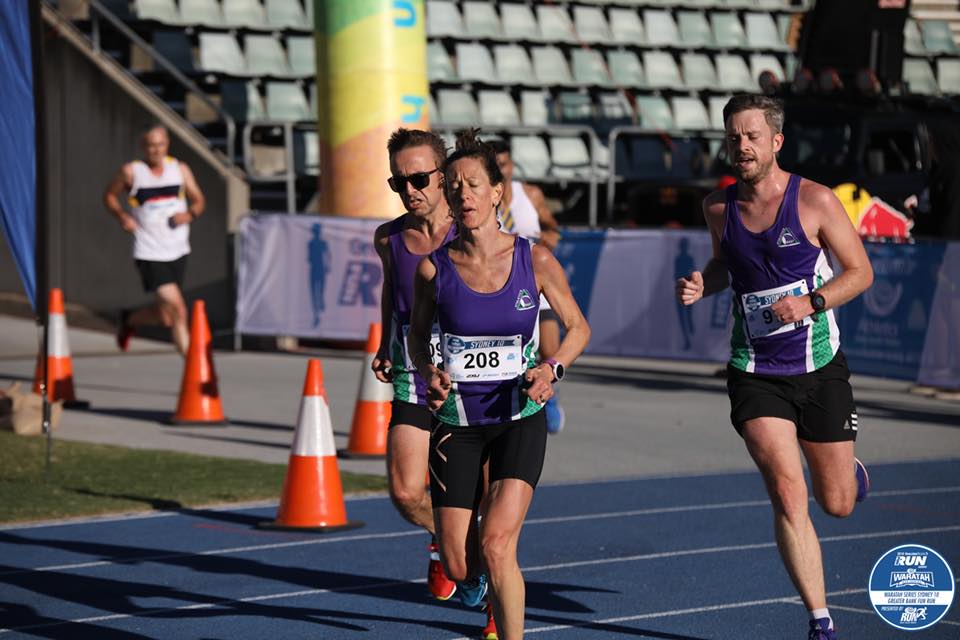 The Sydney 10 staked its claim firmly as the premier 10km in NSW – a good fast course, awesome weather and free entry for all ANSW/RunNSW members.

A strong AE contingent of male and female members enabled us to have four teams in total, two in each event. The Men’s A team had all 4 members finishing within 44 seconds (Goddy, Bosco, James and Karl). Solid runs from others either returning from illness, injury or training towards races to follow (Marathons – Gold Coast and New York)

PB performances by Bosco, Karl & Naomi (first time under 40 minutes) and Nicole in the 5km. Congratulations to Adam Morris on his debut performance for the club achieving his stated goal of sub 40 minutes for this run, nice work.