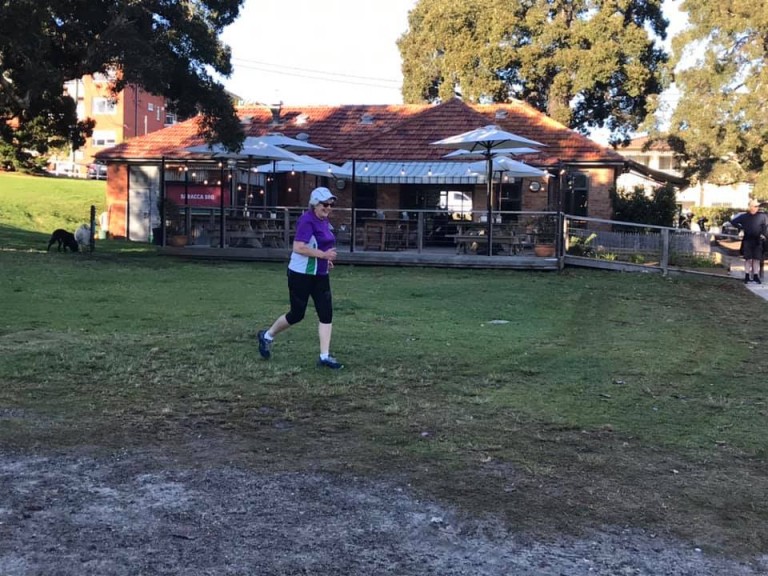 A change in date from the ANZAC public Holiday to the Queen’s Birthday holiday greeted the club with a perfect morning for running.  A large group of runners assembled to take on the challenging three lap course at Queen’s Park and with reigning champions Godwin Mugarula and Jennifer Cabasson not present on the start line the battle for a new Club XC champion was set.

When the gun started Phillip Balnave took off and set the pace from the beginning.  Having not raced over the course previously Phillip spent the first lap cautiously ensuring he was on the correct path, however as he raced over the final two laps his position was never in doubt.  Phillip crossed the finish line in the same place he started the race, first, in a very tidy time of 21.36.  Second place was the fast finishing Josh Thompson (22.04) and third went to track star Ken Wilson (23:16).

The ladies race saw a change of position over the first couple of laps with Rona MacNiven starting strong leading the ladies through the first 1km, as Cindy Paisio and Stephanie Crossley following closely behind.  Over the second lap Cindy had a small gap over Stephanie as they cleared away from the rest of the field, however Cindy was too strong running sub 4min km’s over the last 2km and gliding across the finish line as the new female club cross country champion in 24.37.  Second was Stephanie Crossley in 25.18 and Rona MacNiven held onto 3rd in 26.45.

Full team results are below: