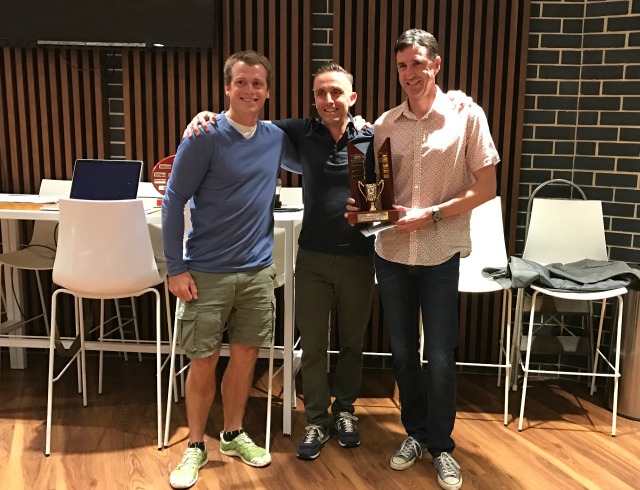 The 2016 AGM was well attended with a new venue and catering proving a big hit with feedback being very positive.  More members arrived for the presentations, the new trophies are impressive – all in all it was a successful evening.

Congratulations to the 2015/16 award winners:

A big thank you to the following for their donations to the new trophies. Jacqueline and Brian Wright for Club Person of the Year, Gillian Sohun for Most Improved Athlete and Peter and Iris Good for the Male/Female Performance of the Year.