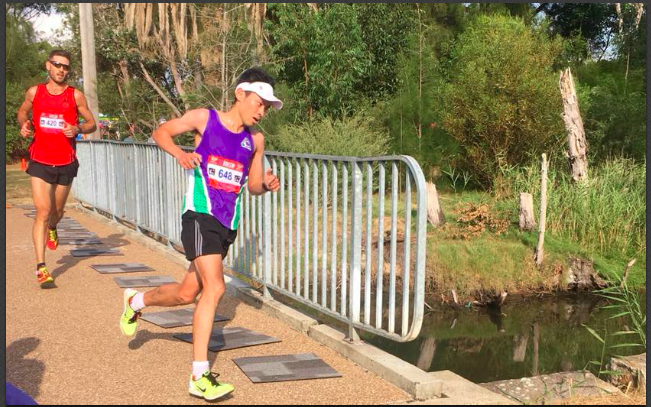 2018 Novice Championships were held on a very warm and dry day to kick off the 2018 ANSW winter premiership season. The course in Ramsgate can vary from heavy, thick mud to a dry quick course, however this year the runners found themselves presented with dry and sandy conditions.

The male and female distances over both the Novice and All Comers championships were run in the same race with the Men’s distance 10km and female athletes running over 7km. A 4km All Comers race was also held with huge numbers fronting to compete over the shorter distance.

Athletics East had 4 debutants racing the 4km All Comers with usual track runner, Annaleise Collier leading the team home in 17.02.

The Women’s Novice Championship was another hotly contested race and deep field. Jennifer Cabasson continued her stellar form finishing a fantastic 5th in 27.35 to lead the team home with assistance from Lisa Biffin (12th) and Sharon Antonir (14th) to give the girls a team Bronze.

The Open Women’s Championship race saw Naomi Tancread run a course pb of 28.29 to finish 8th and Jude Gregory (11th) and Heather Bolton (12th) rounded out the team to grab a silver.

The final event of the day was the male 10km with both our mens teams finishing with a bronze medal. Godwin Mugarula was the first AE athlete home in 8th in the Novice Championships with Bosco Huang running a pb of 34.58 to finish 12th. A welcome return from Chamkaur Dhaliwal in the Open mens race had him leading home the team in 19th.

Congratulations to all the runners and full AE team results are below: