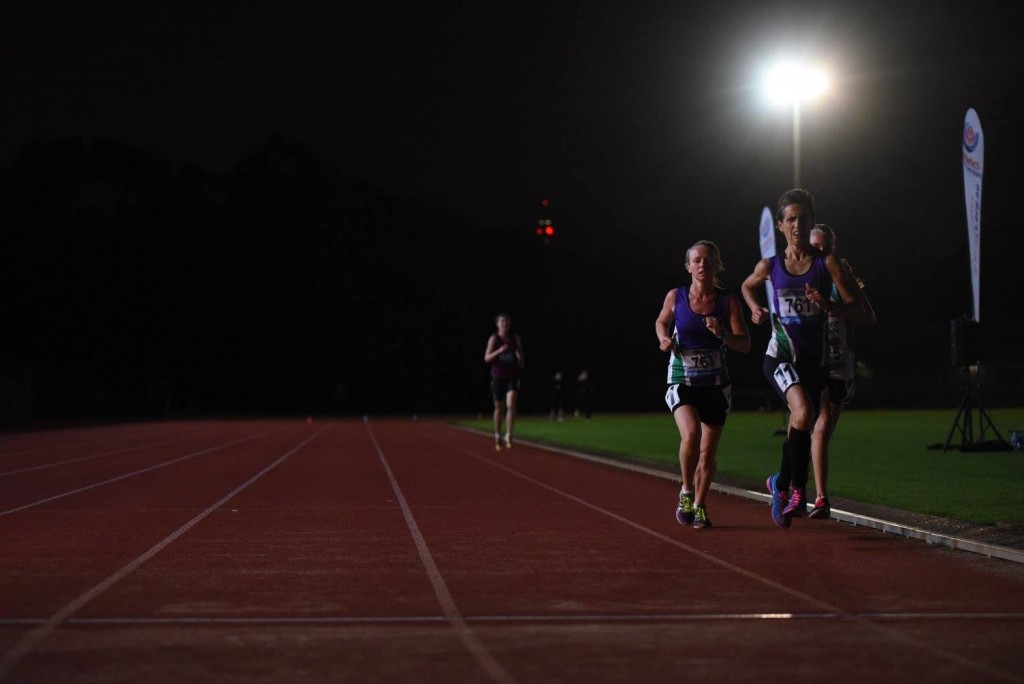 On Saturday November 7th the State 3000m Championships were held down at our home track at ES Marks. A cool evening which ran late into the night saw 19 Athletics East runners in the 3km championships and another 11 athletes compete in events throughout the day.

The Treloar Shield started off the day with our sprinters and hurdlers running into some form. High jumper, turned every event Nero tried his hand over the 800m after backing up from a very fast 200m. Nero took out the
first lap in blistering speed and fell short at the end for the win but in his first time across the distance showed amazing talent.

The 3km champs kicked off with the community race which saw Veronica Chan and Jon Kellett run PBs and brand new Mum Jackie Wright run incredibly only a handful of weeks after the birth of her daughter.

The first of the mens championship races saw a return to the track for Darren Free running a mere 1 second off his target time and the debut track race from Martin Crosby saw him run comfortably to take second place.

Our male athletes had a stellar evening with 6 out of 9 men running PBs. The quickest run of the evening saw Kevin O’Brien break his pb set only 2 weeks back to go well under the 9 minute barrier for 8.54. James Costello also had an amazing run setting a huge PB and just missing out on the win in his race after a flying final 300m.

The girls saw team work in the women’s C race with 6 of the girls who all train together seeded into the same race. Lorna Santry continues to impress setting a new PB of 11.44, well under 4 minute km pace. The women’s B race saw Lisa Biffin run her quickest time in 14 years and finishing in 2nd place.