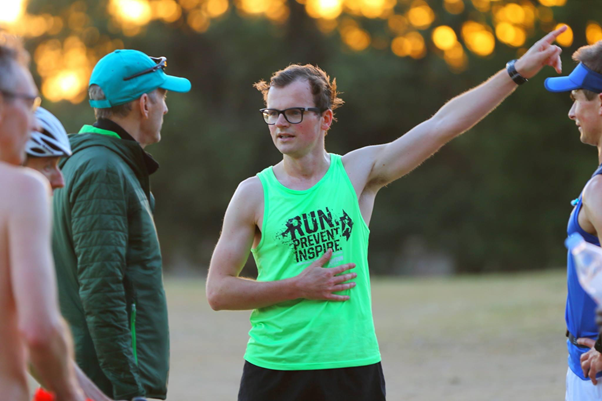 Karl Baddeley, the enthusiastic and passionate middle to distance runner tragically passed away on Tuesday 4 January, at the young age of 32.

Originally from the UK and member of Mornington Chasers, Karl joined Athletics East in 2016 and very quickly became much more than just another athlete. He became a much loved cornerstone of the club always proud to represent with limitless encouragement for everyone to have a go regardless of age or ability (a true reflection on the clubs founding principle).

His passion for athletics was infectious be it track and field or road and cross country and was a regular ANSW club competitor who could always be heard cheering on fellow club members and competitors alike.

He was full of enthusiasm and determined to improve his own running, this was spectacularly evident to all when for the next three years (2016 to 2019) he uniquely became the first club member to be awarded its grand honour of Most Improved Athlete Of The Year.

If Covid had not reshaped our world and events over the next two years I am sure the awards would have continued.

There was far more to Karl than just athletic stats and achievements.  The standards he set whether family, friends, athletics or work were always of the highest quality and whatever he did, he did with the utmost dedication, commitment and integrity.

The value of a person should be seen in what they give. Karl travelled through life giving time, love, friendship and compassion to everyone that crossed his path. This is a priceless gift and one that we should all aspire to.

A light that has gone out too soon, Karl will always be remembered as a truly remarkable human who was proof of just how fine a person can be.

May you be running in the clouds. 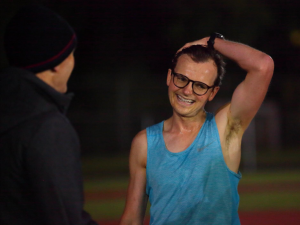